A self-perceived apt quote from the computers of 221B. Much of the 9th and 10th week of this case of GSoC was spent on finding the crook line of code.

After I was done playing detective-detective with my bugs I was able to carry out the following tasks:

For the past few days, I have been working on the DataTables (PR #104 in daru-view and PR #20 in daru-data_tables) and have achieved the following tasks in it:

Use javascript Array rather than HTML table in DataTables:

Earlier, data was converted in the form of HTML table. Things got better when I shifted to javascript array for the further server-side implementation (as datatable can take Array of Array).

Resolved this issue in DataTables.

There was an issue the datatables that all the tables were overwritten by the last drawn table. This has been resolved now.

Loading a large set of data piece by piece:

This feature enables the user to load millions of rows in the table. 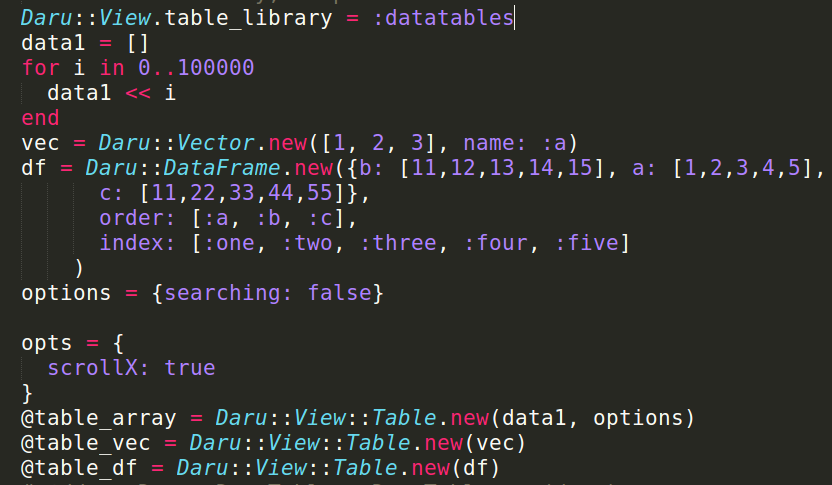 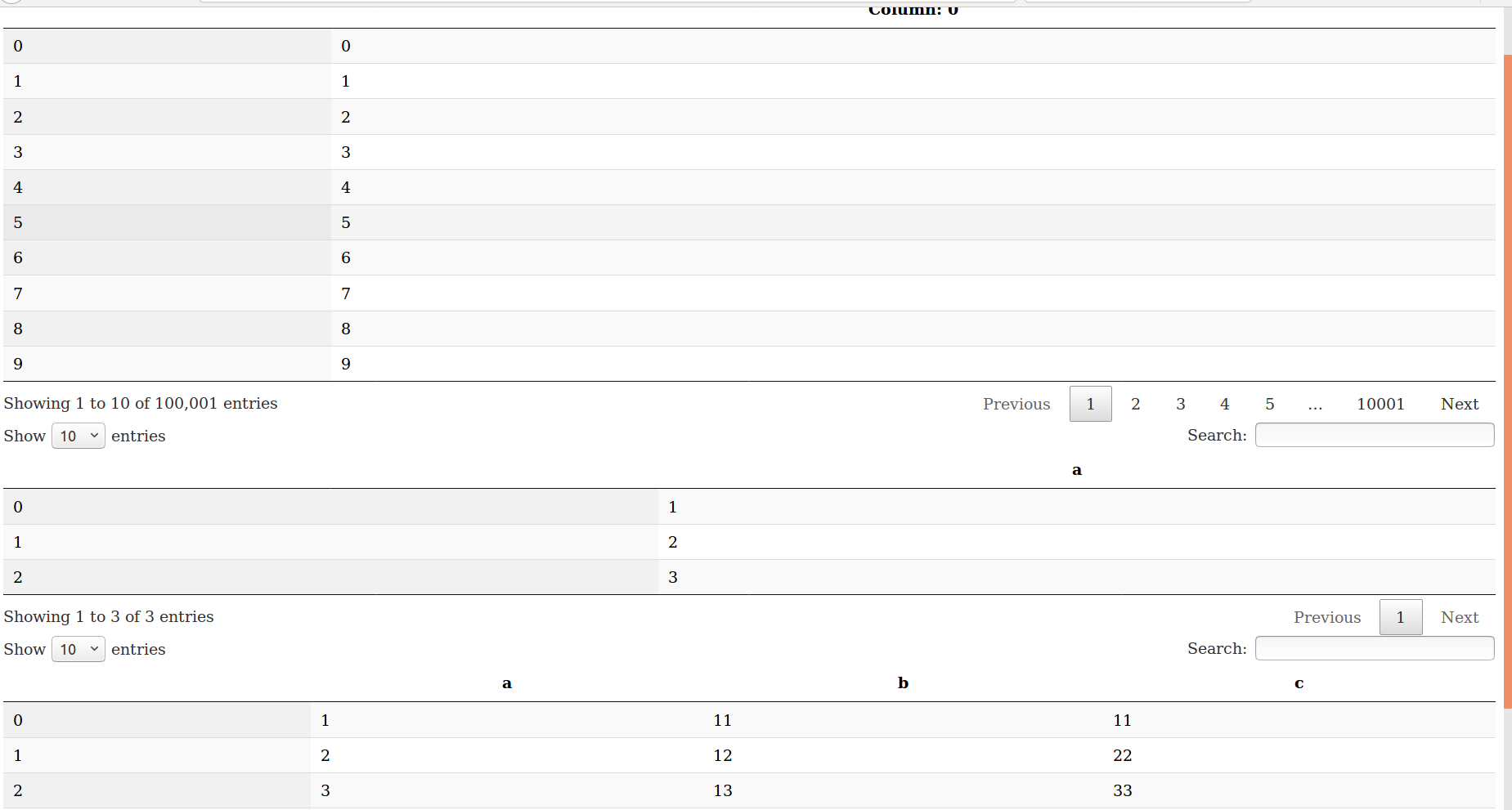 Updated the API of daru-data_tables:

Lots of updating and refactoring was done to improve the API of daru-data_tables.

Added these methods to export the HTML code of the table in a file.

To demonstrate the features of this gem, I added some rails examples in the same.

The Google Visualization API provides formatters that can be used to reformat data in a visualization. These formatters change the formatted value of the specified column in all rows. There are six kinds of formatters available right now: Arrow, Bar, Number, Date, Color, and Pattern. To catch up with the progress of this feature, follow this PR and check out these examples.

Out of these six formatters, Arrow and Bar are causing some issues and rest are working fine.
Bar formatter is working correctly in rails but in IRuby notebook it generates weird bars. Arrow formatter is neither generating arrows in nbviewer (working fine in localhost) nor in rails.

Added a method to load dependent scripts for multiple adapters:

I have added this method to load the dependent script for multiple adapters at once in both IRuby notebook and web frameworks in this PR. Have a look at these examples.