Much of the time left after the high dosage of Friends and chandler’s sarcasm was spent in code demonstration (using numerous examples), documentation and the code wrap-up. Nevertheless, I managed to carry out the following tasks:

Added a rake task to generate the sample template for the adapter. The template contains all the necessary methods to add an adapter like `init`, `div`, `init_script`, `init_ruby` and `export_html_file` as TODO. Do check out this PR for the implementation details.

generates the following file in daru/view/adapters 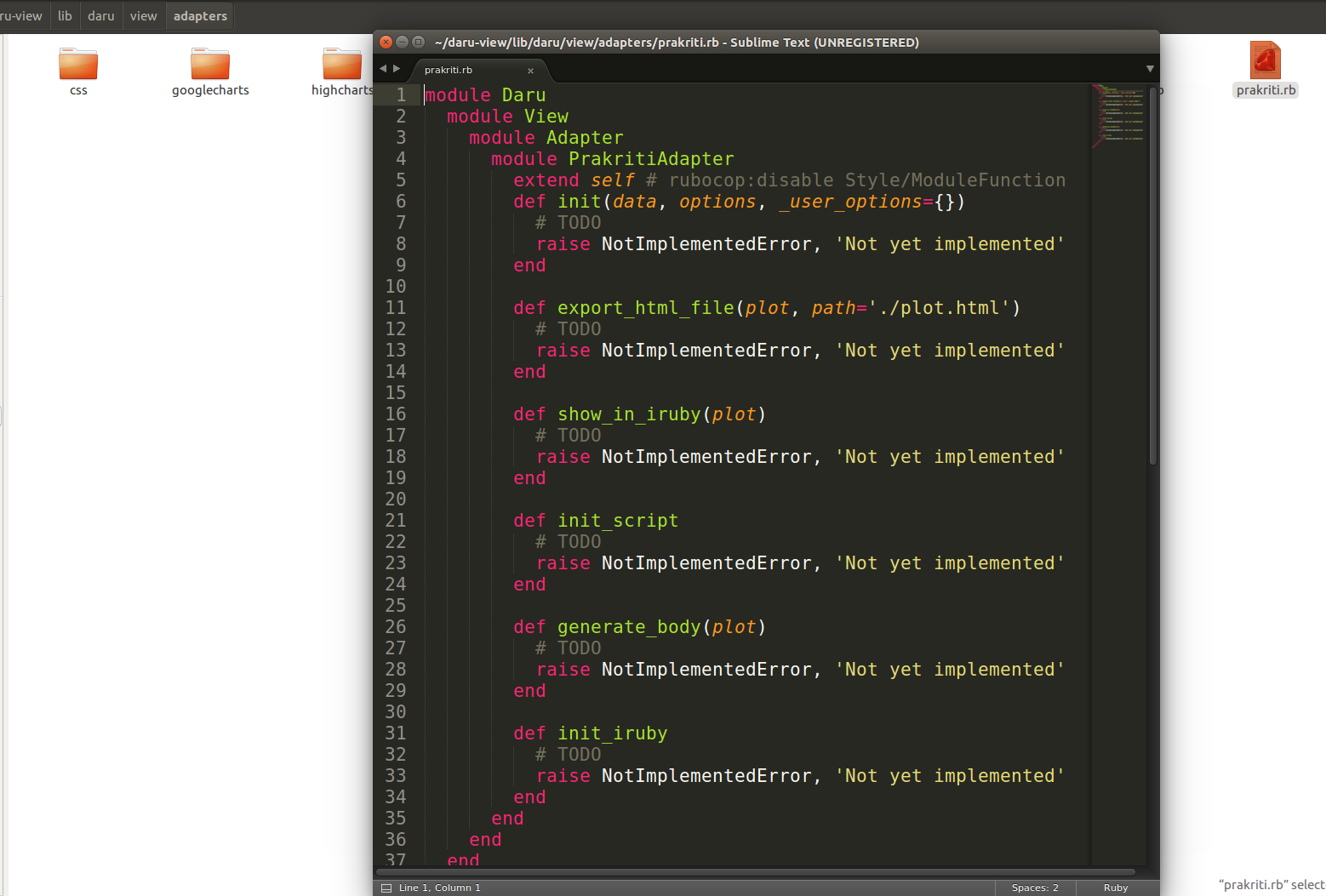 Add this code in controller:

to generate this DataTable:

Reduce a bunch of lines due to JS files in source HTML in rails:

This aims to remove a bunch of lines that occur in the head tag in rails. In rails, the one line of code we actually need to write in `daru-view` is for a class called `Engine`, this is going to inherit from `Rails::Engine`, and this is more or less saying that when rails loads this gem, it’s going to look for this Engine class, and if it’s defined, it’s going to treat this gem’s directory structure a little bit differently. It’s going to work sort of like your rails application, almost as if you had a rails app inside of a rails app(Bamboozled?). To understand the usage, visit the examples in this PR.

and CSS files can be included as:

Include the below line in the head of the layout file:

Note: The previous method to use `<%=raw Daru::View.dependent_script(:highcharts) %>` will also work.

Right now this has only been done for rails. Other web frameworks do not provide much flexibility and there are fewer resources available to search. I am trying to reduce lines in Sinatra and nanoc too but still facing many difficulties. Loading JS and CSS files in the app (by keeping these files in the app) can be done, but loading these files from daru-view in the sinatra/nanoc/other frameworks is not an easy task. I have also opened this issue in the sinatra repo.